History of The America’s Cup

The America’s Cup is the oldest international sporting trophy in the world. It predates the FA Cup, the Ryder Cup and even the modern Olympic Games by 45 years. The first America’s Cup took place in 1851, 35 years before the car and 52 years before the inaugural flight of the Wright Brothers. Though it started in Britain, a British team has never won it. “50 years of hurt” – how about 171?

The lack of success for Britain is, however, not for a lack of trying. Over the past 171 years there have been many British challenges for the Cup, some more successful than others, but they all have one thing in common. Not one of them has ever brought the famous “Auld Mug” back home.

When It All Began

The first edition of the America’s Cup took place in 1851. It began when during that year’s Great Exhibition the Earl of Wilton, the Commodore of the Royal Yacht Squadron (RYS), sent an invitation to members of the recently-formed New York Yacht Club (NYYC), suggesting that they might like to enjoy the club’s facilities in Cowes. The New York Yacht Club’s 30 metre schooner ‘America’ won the trophy, an ornate sterling silver bottomless ewer crafted in 1848 by Garrard & Co, and the ‘America’s Cup’ was born. 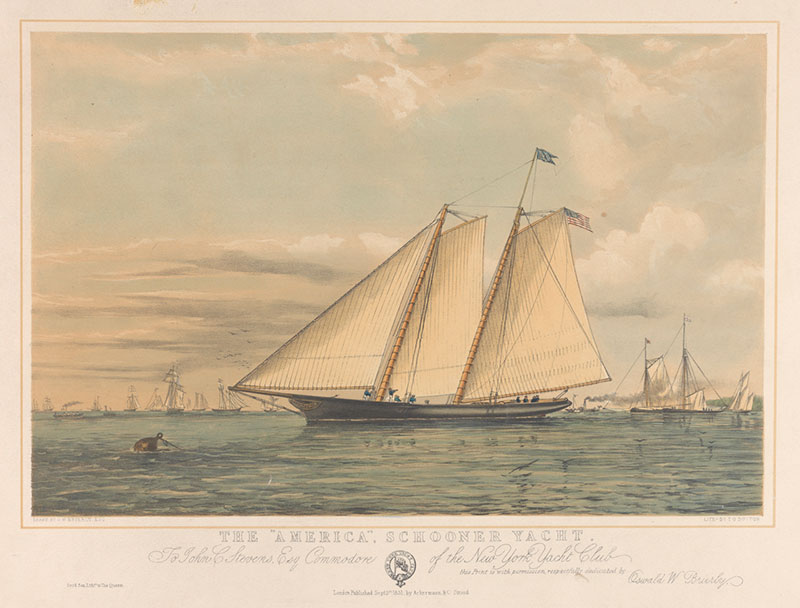 In 1885 the New York Yacht Club would face their first challenge to win back the Cup from the Royal Yacht Squadron, it was the fifth challenge they faced to date and came from Sir Richard Sutton’s Genesta. He lost 2-0. The RYS would not give up, however, and challenged the NYYC both in 1893 and 1895 again, this time through the Earl of Dunraven. He too, was defeated each time, and accused the Americans of cheating for which he was pilloried at the time. 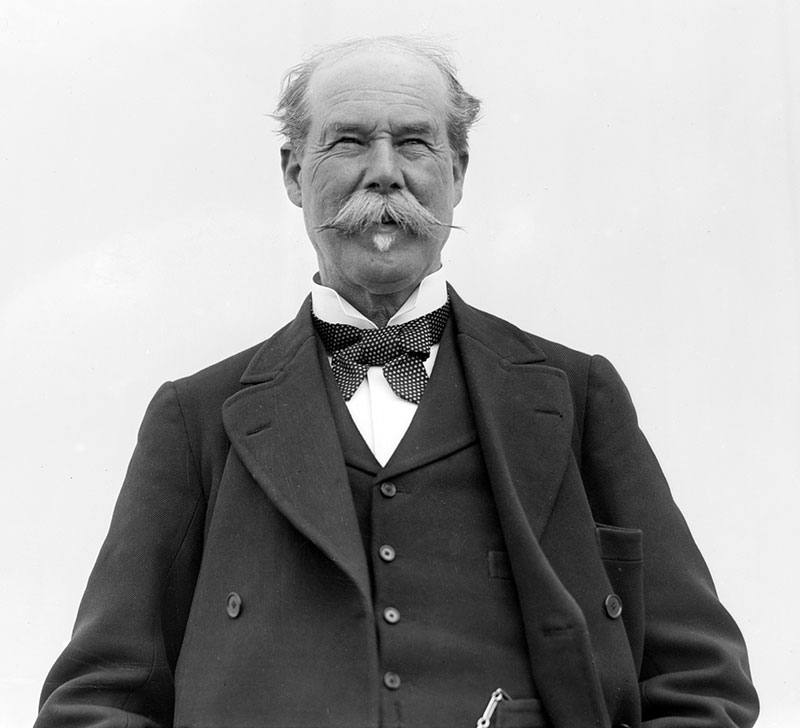 Perhaps ironically, however, in the first three Cups he contested, Lipton was beaten by a boat skippered by another Brit, Charlie Barr. Barr is Britain’s most successful America’s Cup skipper and the only Briton to have been onboard an America’s Cup winning boat until INEOS BRITTAINIA Skipper Ben Ainslie won the Cup with Oracle Team USA in 2013.

The final pre-Second World War British challenges were led by Sir T.O.M. Sopwith, who bought Shamrock V from Sir Thomas Lipton. Sopwith was a sportsman in all senses; he raced cars and motorcycles, and he held the world waterspeed record in a powerboat.   Sopwith brought that sporting desire and scientific, innovative approach to yacht racing. 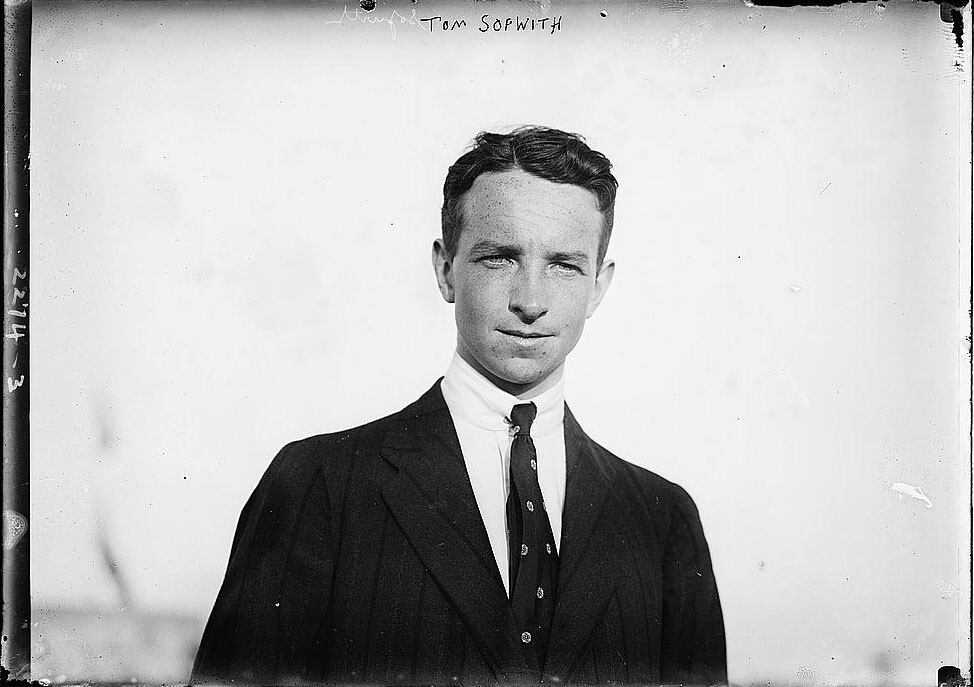 There is widespread agreement that Sopwith’s first Endeavour, the 1934 J-Class Challenger ‘Endeavour’, it was the fastest and best prepared boat ever to leave Britain. She went to meet a weak American fleet, with the NYYC elite still struggling with the impact of the Great Depression. After initlal wins in the first races, it was not to be and the team were outsailed to a 4-2 loss. 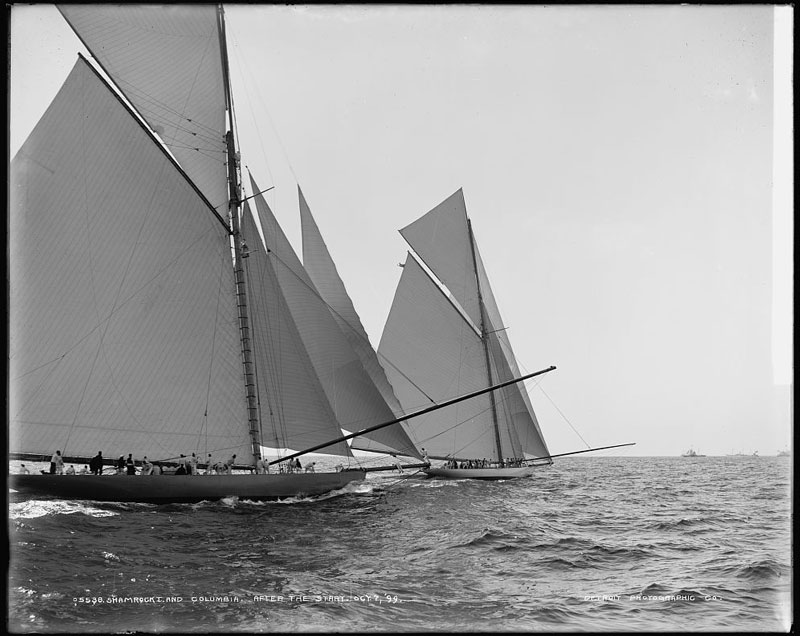 Due to the austerity after the war, the size of the boats competing was greatly reduced.  The 12 metre class led the way and in 1958 Britain’s Sceptre, steered by Graham Mann, lost by significant margins and a 4-0 scoreline to the American entry, Columbia. 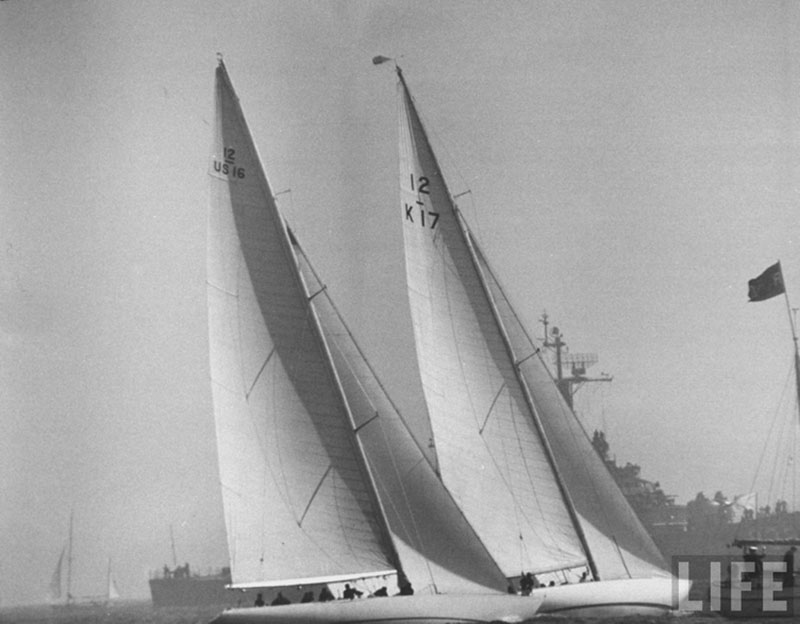 British losses continued in 1964 as Tony Boyden’s Sovereign did not win a single race to the American challenger.  The post war depression had a significant impact on the British challenges, with America outdoing them on multiple fronts from number of entries to resources and the technology available.

It would be over 15 years before a British challenger would come forward, in that period both the French and Australians has begun their own challenges and made significant progress in developing their boats.  In 1983 for the first time in its 132 year history, America lost the Cup to the boat Australia II, and Australia became the new defenders. A decade after losing the Cup for the first time in history it returned to American waters in as America 3 took victory. 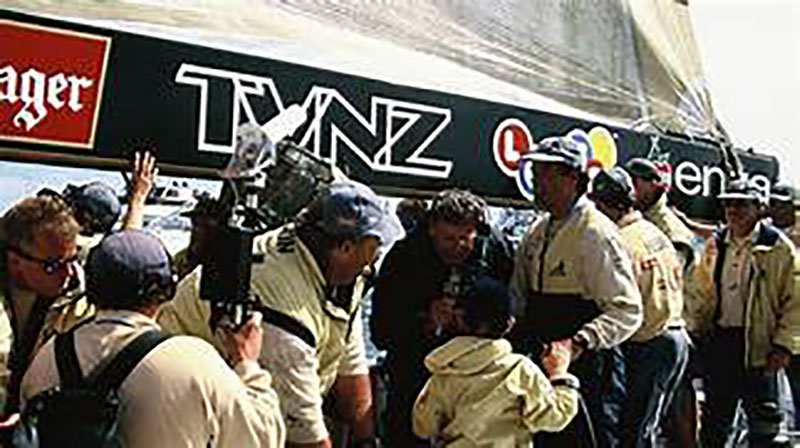 It was during this period that the International America’s Cup Class of yachts is introduced. These boats are longer, quicker and much more powerful than before. From 1995 to 2003 the Cup changed hands multiple times with new winners in the form of Team New Zealand winning twice consecutively. In 2003, after a 16 year break a British entry backed by Peter Harrison and skippered Ian Walker, were ultimately beaten in the semifinal and the Swiss entry went on to win the Cup for the first time, returning it to Europe more than 150 years after the first race on British waters.

Oracle Team USA claim the Cup and returned to America ushering in a new era of highly technical yacht design with their lightweight catamaran. 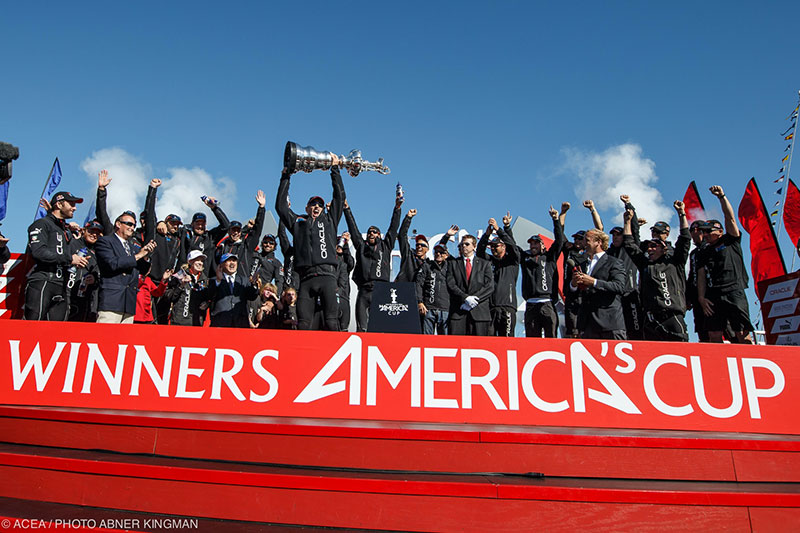 In 2013 the world witnessed the greatest comeback in sporting history as Oracle Team USA overcame Team New Zealand in one of sports most incredible wins recording a 9-8 victory on the waters of San Francisco Bay. Onboard was tactician Sir Ben Ainslie, the first British sailor to win the Cup since Charlie Barr over 80 years ago.

Sir Ben Ainslie Britain’s most successful Olympic sailor of all time alongside the Royal Yacht Squadron announced the formation of a British team to challenge for the America’s Cup. Ben led the British challenge into the 35th America’s Cup in Bermuda in 2017. Despite some successes including victory in the America’s Cup World Series, it was not to be for the first-time British challenger as they exited the Cup at the semi-final stage against Emirates Team New Zealand. 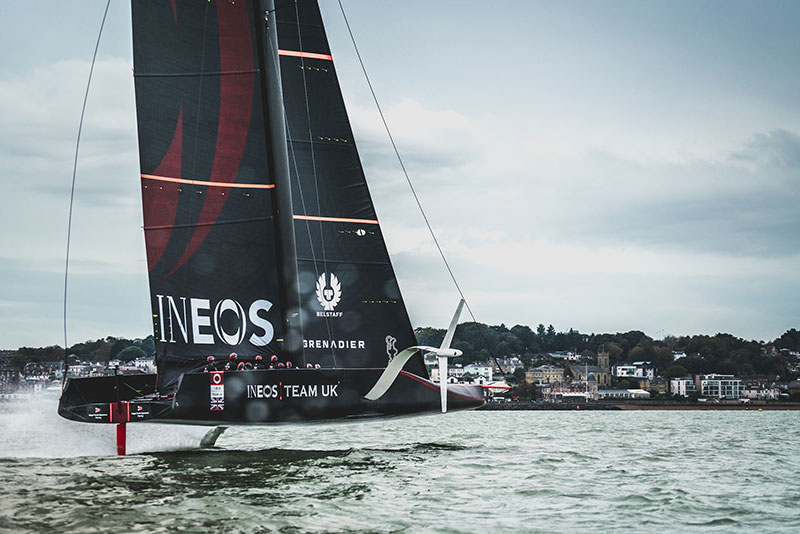 INEOS TEAM UK challenged for the 36th America’s Cup in their bold and innovative new AC75 raceboat, BRITANNIA, in Auckland in 2021. Despite a remarkable late turnaround in performance which culminated in the team winning the PRADA Cup Round Robin Series with a clean sweep to qualify for the Challenger Series Final, the British team was ultimately beaten in the final by the Italian Challenger.

Together with the Royal Yacht Squadron Ltd, the renamed INEOS Britannia (formerly INEOS TEAM UK) will also become the first British Challenger of Record to compete in the America’s Cup since Boyden’s Sovereign in 1964. The Challenge letter was signed on 17th March 2021 onboard the yacht IMAGINE, by Bertie Bicket, Chairman of Royal Yacht Squadron Ltd and accepted by Aaron Young, Commodore of the Royal New Zealand Yacht Squadron as Emirates Team New Zealand crossed the finish line to win the America’s Cup for the fourth time.