A new collaboration with our official eyewear supplier SunGod, a British brand with sustainability at its core. The new Tempests™ & Sierras™ are a limited edition range, designed in collaboration... To get the latest news from INEOS Britannia direct into your inbox, sign up to the team’s exclusive newsletter now here. Elvira Llabres is a performance analyst working for the Test... Olympic Rower to America’s Cup Cyclor, Britain’s Matt Rossiter joins INEOS Britannia as a Cyclor   “I am so excited to be a part of the team, working together, and being...

AC37 Event Limited (ACE) today confirmed both the intended race area and the race dates for the America’s Cup Match 2024. The Racing Area for both the Challenger Selection Series...

Bold Protocol a series published exclusively on www.INEOSBritannia.com to dig deeper into the Protocol that defines the competition for the 37th America’s Cup.   AC37 Noticeboard – Protocol (google.com)  In this fifth episode we...

For the first time ever, all the teams competing in the iconic sailing event will allow never-before-seen access into their preparations and execution of the race, and the documentary series... 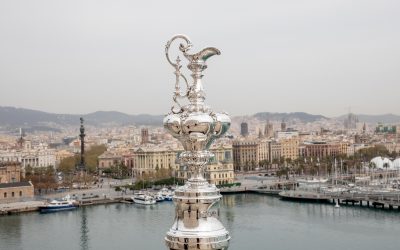 Disputes in the America’s Cup are as old as the competition itself. Indeed, trace the history back to that very first race around the Isle of Wight in 1851...

T6 revealed from winter training base in Palma, Spain   The design and build has integrated F1 and America’s Cup expertise  T6 will provide a platform to test componentry for INEOS...

State of Play | Ben Ainslie looks back at a big 12 months as T6 is revealed  It’s been 12 months since the Protocol for the America’s Cup was released...

The Women's and Youth America's Cup Notice of Race Release

Clear your diary. Set the date.

In May, three cyclors from the INEOS Britannia sailing team headed south to Namibia to take part in the INEOS IN NAM Challenge, a once-in-a-lifetime expedition for all third-year INEOS...

To get the latest news from INEOS Britannia direct into your inbox, sign up to the team’s exclusive newsletter now here. Meet Ana Paterson. A recent recruit, Ana has joined INEOS... 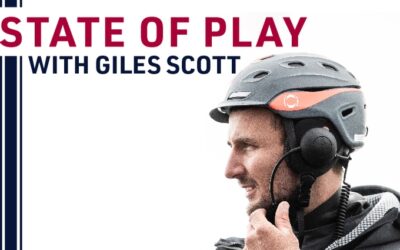 INEOS Britannia has touched down in Palma! We caught up with Giles Scott, Senior Sailor, on how the team has been busy preparing to begin their Winter Training Camp in...