Royal Yacht Squadron Ltd is honoured to be the Challenging Club for the British Challenger of Record INEOS Britannia for the 37th America’s Cup. We will work alongside The Royal New Zealand Yacht Squadron to deliver the protocol for the oldest trophy in modern sport.

The Protocol sets the foundations and rules of participation for all teams in the 37th America’s Cup and records the items of mutual consent under the America’s Cup Deed of Gift agreed between the Defender and the Challenger of Record which establishes the basis for a multi challenger event.

The Challenger of Record

The Challenger of Record is the title given to the first yacht club to challenge the holder of the America’s Cup once it has been won. A yacht club must meet the requirements specified in the deed of gift to have the right to challenge the yacht club that currently holds the cup, referred to as the ‘Defender’. If the challenging club wins the match, it gains stewardship of the cup. From the first defence of the cup in 1870 until the twentieth defence in 1967, there was always only one challenger.

In 1970 multiple challengers applied, so a series of races were held, the winner of the challenger series, (previously known as the Louis Vuitton Cup from 1983 to 2017, and more recently as the Prada Cup in 2021) would decide who would be the official challenger to the defender for the America’s Cup Match.

“We are delighted with the result of this positive collaboration between the Defender and the Challenger of Record which has resulted in a truly progressive protocol for the 37th America’s Cup designed to promote fair competition and sustainability. Furthermore, we believe that the cost reduction measures and introduction of a women’s and youth event provide new and exciting opportunities within our sport.” 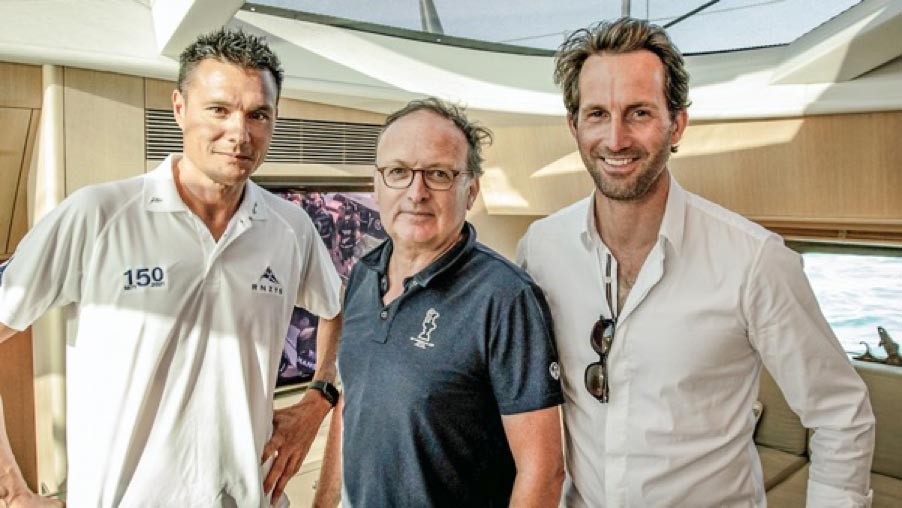